Interactions between superstructures and other scales of turbulent flows

Vortical structures with different characteristic length scales coexist in wall-bounded turbulence. They range from very large-scale structures away from the wall to small-scale eddies in the wall vicinity. The large-scale motions are called turbulent superstructures and have length scales much larger than those of the near-wall vortices, as shown in the figure below.Turbulent superstructures dominate the heat, mass and momentum transport properties in turbulent flows at high values of Reynolds numbers (Re) typical of most engineering applications. Therefore, improving our understanding of the origin and interplay of turbulent superstructures with the other (smaller) scales in the turbulent flow is of paramount importance to improve our ability to model,predict and control turbulent flows. In   this project, the origin and interaction of superstructures in turbulent channels is studied via a series of numerical experiments, in which the flow is either let develop naturally or purposely altered, in order to highlight some aspects of superstructure physics. In such flows, the interaction of superstructures with the other scales is assessed both statistically and instantaneously. Statistically, via the computation and analysis of the budget equation for the second-order structure function tensor.Instantaneously, via the inspection of three-dimensional flow data. Filtering techniques, as well as Lagrangian visualisation techniques will be adopted to this aim. 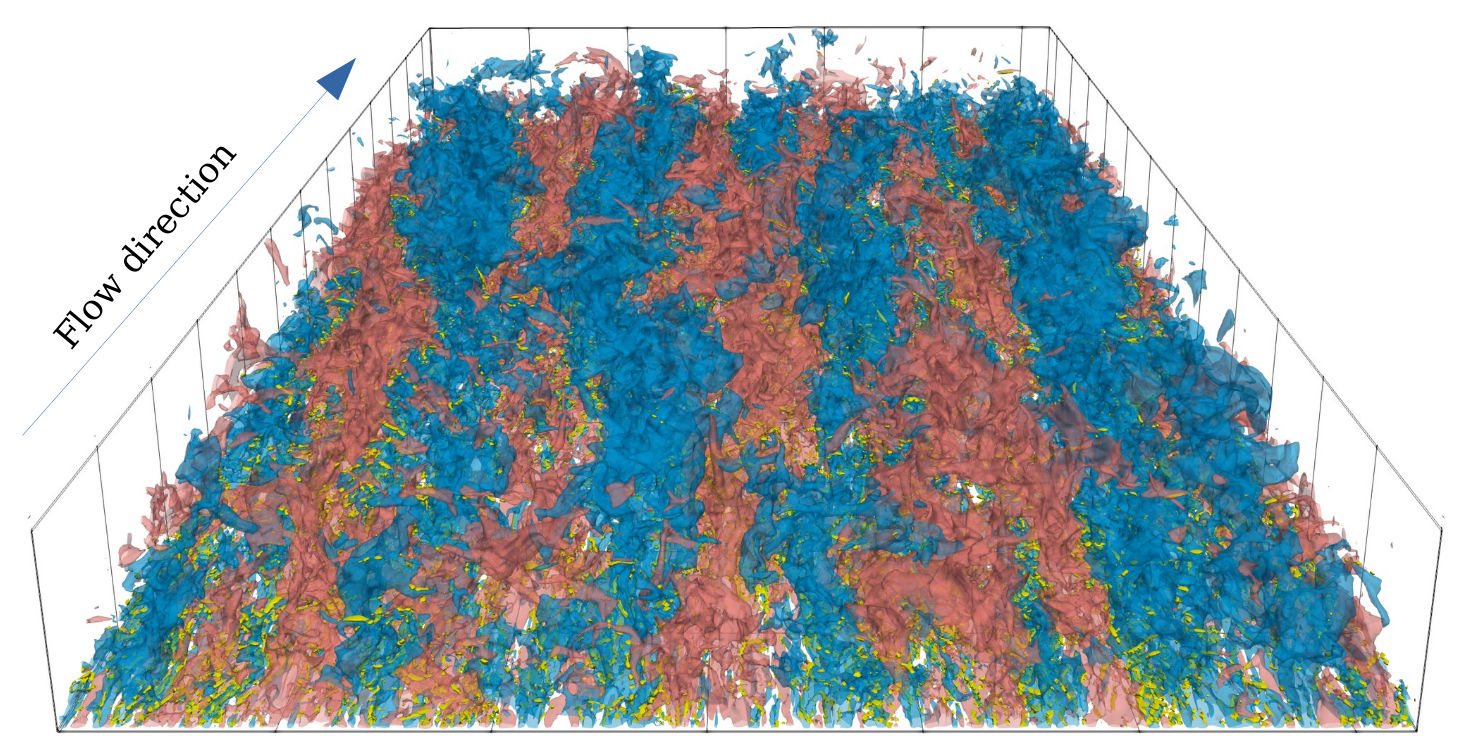